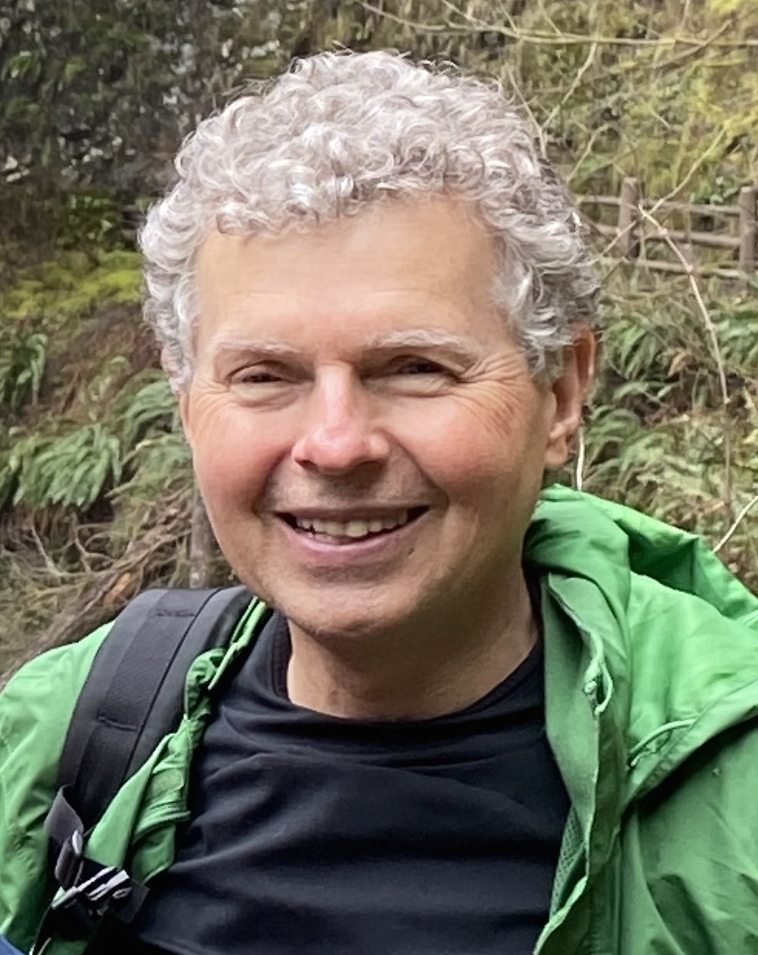 Latham Stack has led a meandering 68 year life (so far). Early adulthood in Washington DC where he was opened in ’75, he spent over twenty years in Vermont raising sons and Cain, continuing the latter in Oregon since ’05. He’s served on several Subud committees over the years, at the center, regional, and national levels. He’s been a carpenter/contractor, program auditor, and climate change research scientist. Currently semi-retired, he’s spending non-working time living and laughing with his lovely wife Tamara (who’s working hard on his rough edges), banging on a guitar and caring for an assortment of bi- and quadrupedal creatures. Latham loves the outdoors, especially hiking and backpacking in the Cascades, and is committed to doing his best to serve you and Subud PNW.