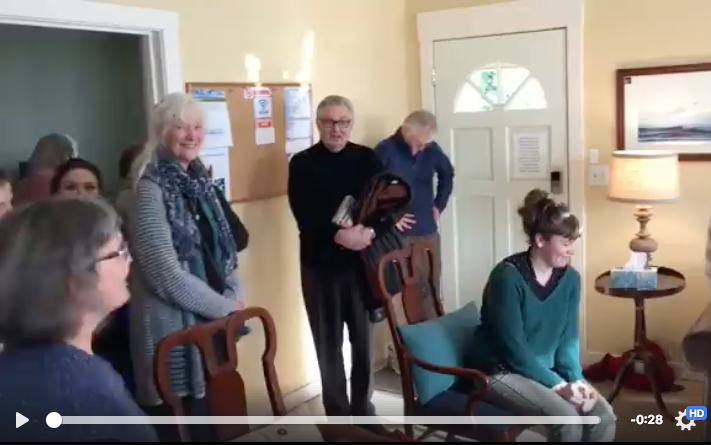 and he also took many photos:

As well as a video of the closing circle, in which members discussed how they were opened and when that occurred. Halstein Stralberg was the Subud Member with the longest membership, having been opened in Coombe Springs in 1957. (A Facebook account is required to watch both videos.)

I found the testing after Latihan to be particularly potent. The Latihan itself was potent as well and both the men’s and women’s halls were full. A discussion of how to attract new members ensued and the general consensus was that it was out of our hands. Mahmud Nestman, one of the Visiting International Helpers from the Fraser Valley, British Columbia group had a cautionary tale about a member who had a wish to start a Subud community and Suzanne Renna agreed with the notion. Myriam Ramsey and Sjarifruddin Harris were the other two International Helpers in attendance.

There was a feeling of vibrancy when the house is full and when members who rarely attend, due to distance or other factors, are in attendance and adding their voices to the mix in Latihan and in events like the closing circle, but Subud is alive and well in Seattle and the Pacific Northwest, we are blessed with a beautiful facility, which serves our inner lives well and this recent I.H. visit was a tonic for the group and its members.