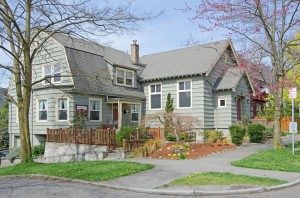 As the treasurer for Subud Greater Seattle I wanted to make you aware of some current and future expenses we’ve experienced at out Seattle Subud House, Spring Street Center. I’m hoping that there might be some of you who have visited, or used this facility who would be willing to make a donation toward some of the costs that we are now facing as we seek to keep these Seattle facilities running smoothly.

During December we had an issue with our sewer system backing up. Immediate temporary repairs were able to be completed, but it was discovered that we needed to complete the lining of our old sewer pipe all the way into the building because of new breaks in that pipe. That repair has now been completed. The total cost was $6,276 including tax.

Your committee has secured a line of credit of $7000 from our regional housing fund to assist in the paying for the painting work. If our Centerprise provides $11,203 toward these maintenance costs, the member’s portion would be $9,914.

Thanks to efforts by Danella Mauguin, and the Money Tree she started, and the donations of others, we have raised $1,558. If we borrow the $7000 from the region, we would only need to raise $1,356, before payment for the painting is due.

The more we receive from members, the less we’ll have to tap into the $7000 from the region which we’ll eventually need to pay back.

We hope that some of you will be moved to participate. I’ll update you as progress continues.