There are many developments coming out of the Subud USA National Congress in Vancouver, Washington, at the Hilton Vancouver, where it has happened on at least two previous occasions, 2006, 2008 and 2010. The Subud PNW Regional Congress was convened yesterday, Friday, May 25, 2018, attended by 44 members and resulted in Hadijah O’Bar being elected Chair and Nirel Jackson Wardwell Vice-Chair. Aaron Mann was congratulated on the Dewan successes of the last two years, including, as Oswald Norton and others pointed out:

In other Congress (& PNW Congress) news, a report on Subud USA developments over the last term were discussed. It was a year of transition. Mary Wold had to step down as Chair and Lucas Boladian was named Acting Chair. 45 new members were opened in 2017. Sebastian Tedrow was given praise for his tenure as Executive Director, a position that was discontinued and replaced for the time being by consultants with a PNW connection, Peter and Alexandra terHorst of SymPoint Communications.

Members who had passed away in the last two years were remembered on the big screen, as were those members who were affected by natural disasters, including hurricanes and wildfires.

Daniela Moneta was cited for her exemplary work with the Subud archives and the National Helpers discussed a Zone 7 visit to Cuba to attend the first official Subud event there. It was noted that there are Subud Cuba members who had met Bapak and were able to do Latihan in private homes since the 1950s. Subud officials met with officials from the Cuban government and were required to read the Cuban “inter-religious” platform.

Spending for Helper travel by Subud USA is the highest it had been in ten years and in 2017, donations to Subud USA were at an all-time high at $84,000. In addition, markets are good, so endowments have grown.

There are new arrivals in Subud PNW, including Philip Lindstrom and Alexandra Boyer. The longtime members and longtime lodgers at the Seattle Subud House have purchased a home in Vancouver, WA, and will be active members in the Subud Portland group. Stefane Ligelyn is a recent transplant to Bellingham from Santa Fe, New Mexico, where he was an isolated member. Reynold Orchard has been named Acting Chair of Subud Portland. Benedict and Aminah Herrman are hoping to return to Portland after Benedict’s retirement on July 31, 2018. He attended the Regional Congress as the National Helper Liaison. (Sofia Nicoletti of Flagstaff, AZ, was the Female National Helper Liaison.)

Aaron Mann attended the morning half of the Regional Congress and said that he had “learned quite a bit” and expressed huge gratitude to Lydia Tedrow for her stellar wok as Secretary and Renata Robb for her help with transcripts, and his wife Barbara for moral support. He said that he wished there had been a functional and supportive Dewan during his tenure which would have made things easier.

Reports given at the Regional Congress were to be made available via email for the official minutes.

There are many other developments at the National Congress. Lucas Boladian was elected to a full two year term.

Hamilton Cheifetz (Portland) was elected for another term as Chair of SICA US. 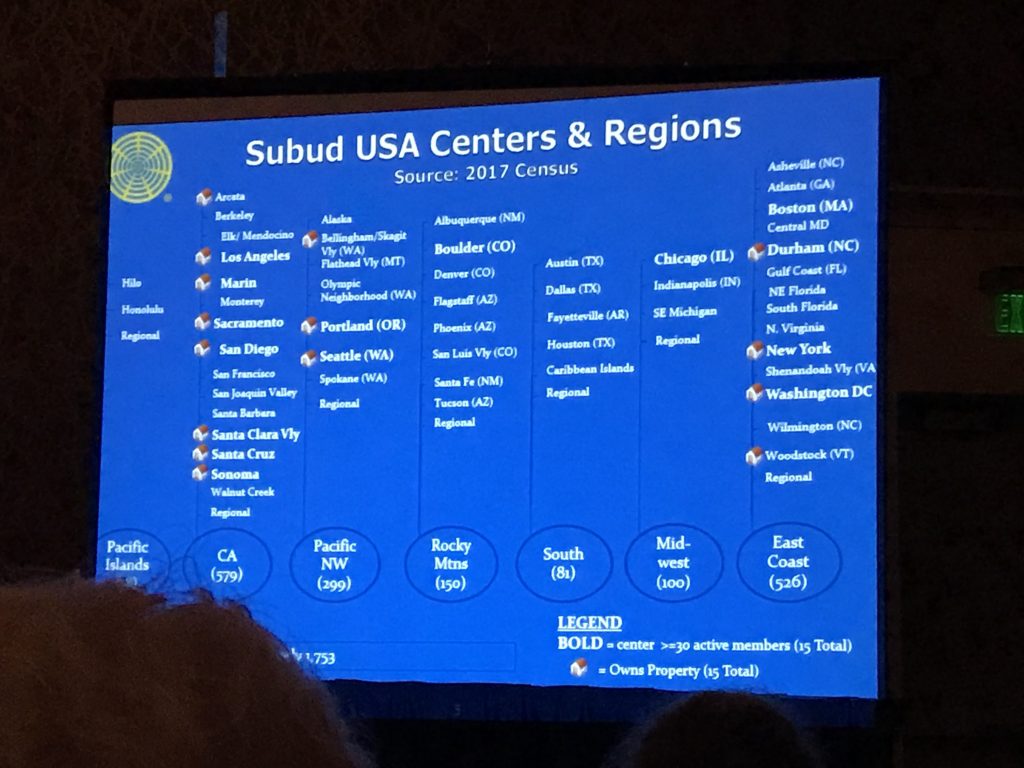 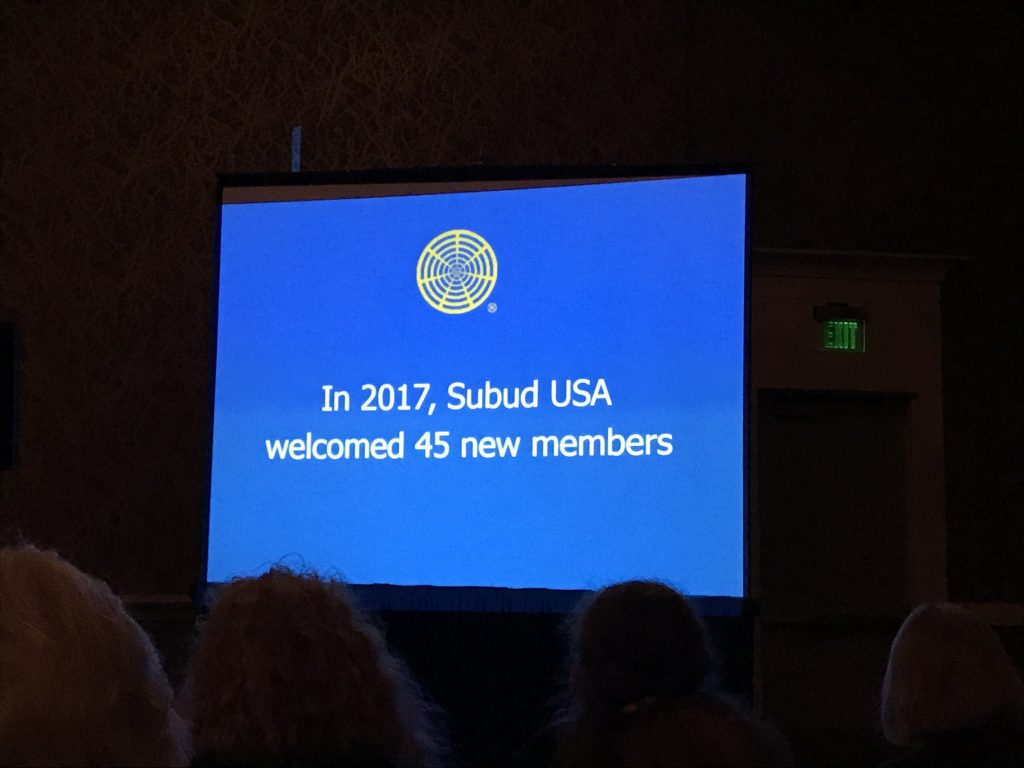 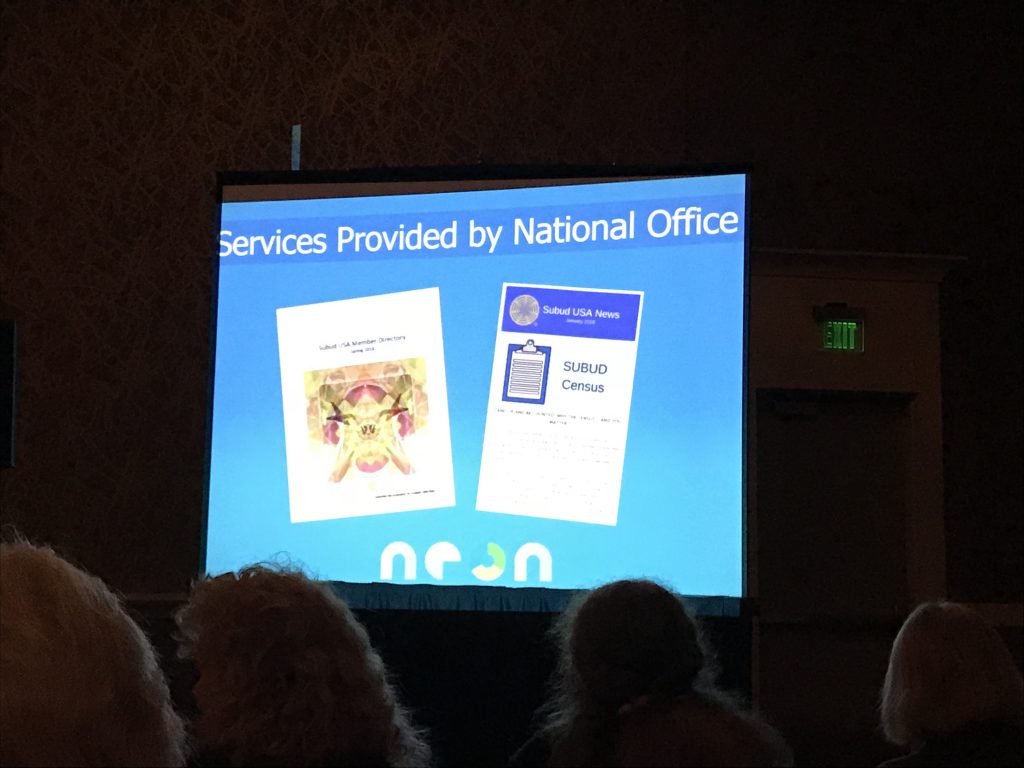 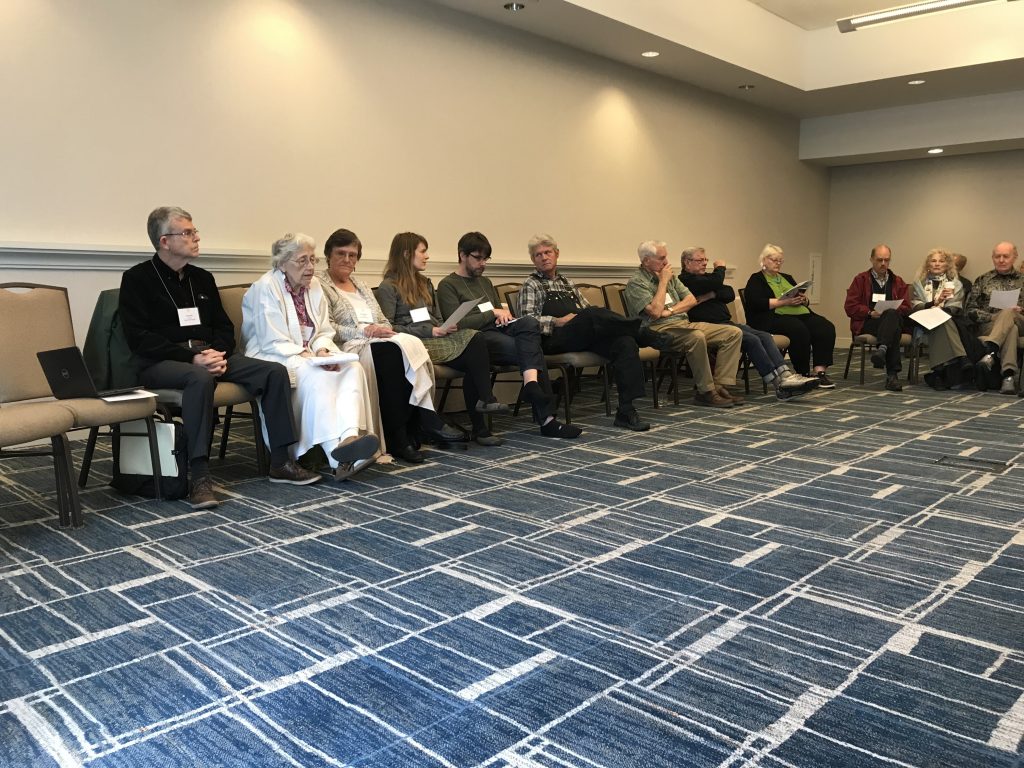 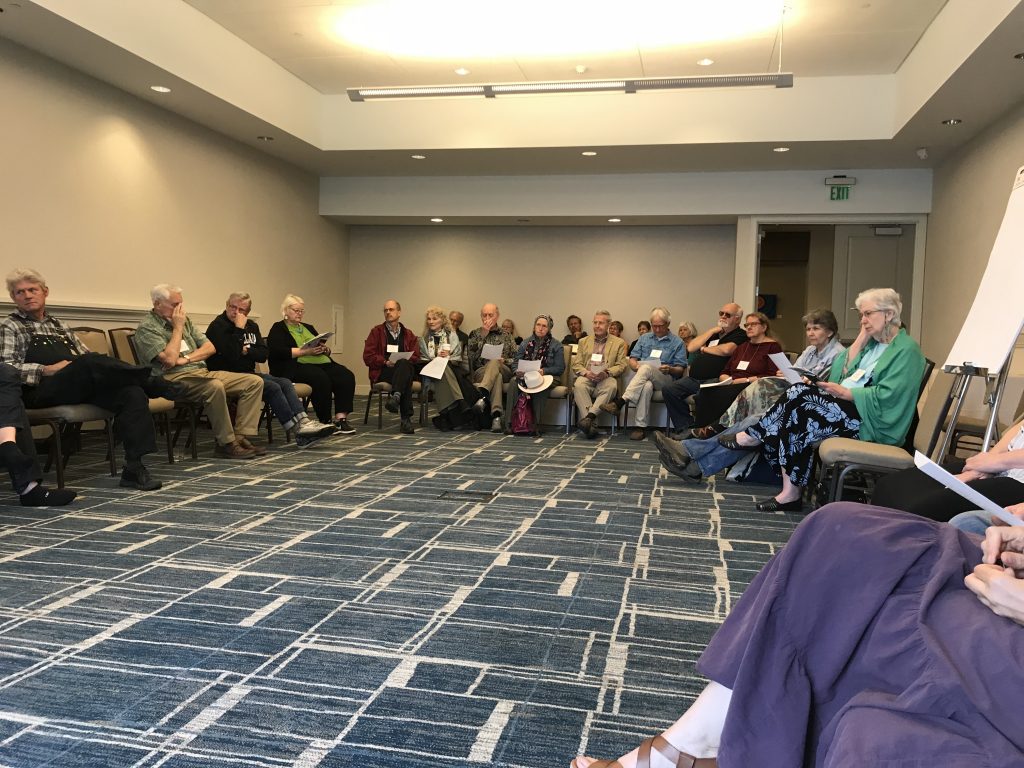 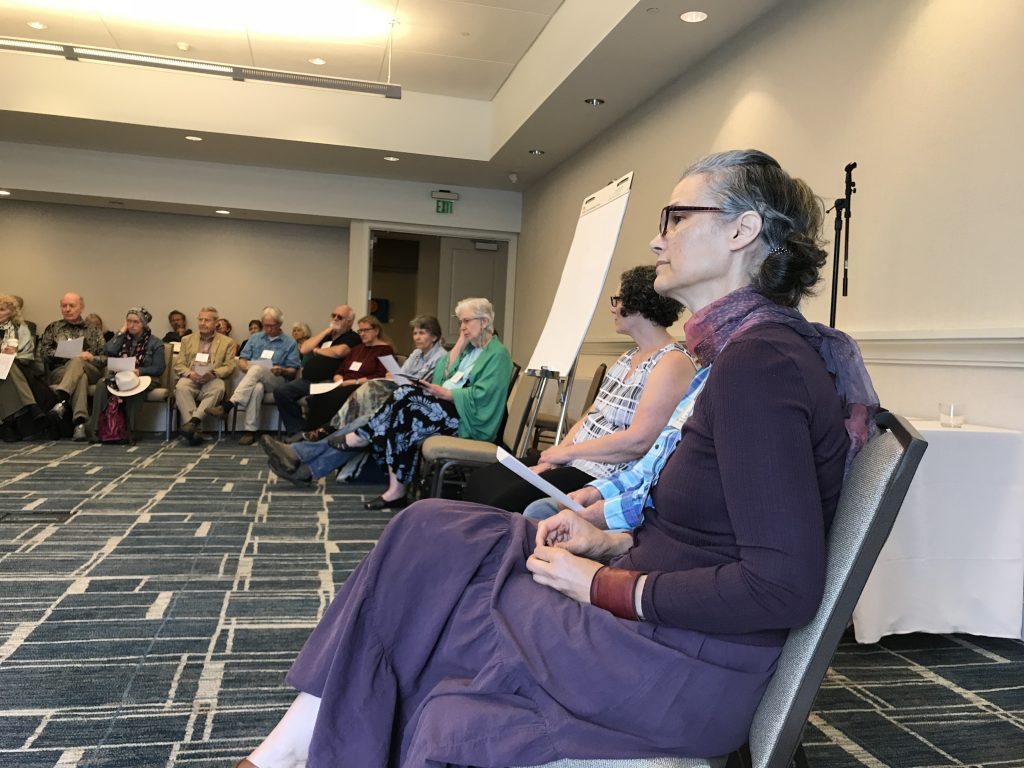 (This post has been corrected and updated since its original publication.)